Last week’s 4% drop in the markets will catch perma-bulls off guard for good reason: the market did not have any major correction in nearly two years. On its steep journey up, the S&P 500 (SPY) Index fell just three times since 2015. After breaking out of its range at the end of 2016, the index rose around 35% and never looked back. So those who never experienced a correction will get nervous over the weekly drop that threatens to erase 2018’s gains. Does the advice “don’t panic” still apply? As long as you are not leveraged, are not holding options that may expire worthless, and have plenty of time on your side, this upcoming correction will create buying opportunities.

The falling market is, in fact, a playground for value investors. 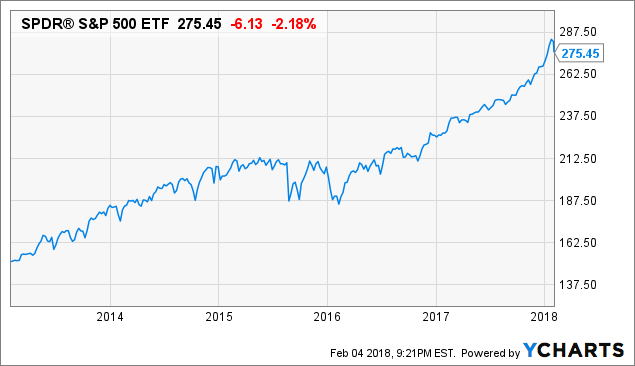 Figure Out What Happened Last Week

I polled my followers to ask if the market drop is just a bull market break. 36 of the 38 respondents agreed:

Hoping the market will rebound is not good enough. Investors should know why markets fell last week. The selling pressure is a buildup to unease over the central banks pumping the stock market through QE, or quantitative easing. The strong jobs report in the U.S. and strong economy will force the Fed’s hands; it must raise interest rates and unwind QE to counteract inflation.

The weak U.S. dollar in the last several weeks will import inflation in the U.S. When the purchasing power of the currency is weak, the U.S. must pay more for the goods it buys.

Bond yields are rising. The 10-year T-Bill (IEF) could approach a 3% yield. At 3.5% and higher, money will move toward bonds and the only way to raise this money is to sell stocks. This will hurt speculative investments. If you hold companies that have yet to prove its worth, they could drop as markets fall. Himax Technologies (HIMX), for example, looks like a speculation but is in fact re-position itself. By building manufacturing plants and offices to support the growth of WLO, or wafer-level optics, revenue will outpace the sector’s average.

In general, companies having a small market cap are usually speculative in nature. Himax is the exception to this rule. A mega-cap company is usually safer but this is not always the case. Take General Electric (GE) as an example. Even without the market dropping last week, the conglomerate has too many unknowns. The stock closed at $15.64, just barely above its 52-week low. Chances are good that GE could find new lows if the market continues to correct.

As GE stock falls further, value investors should get more, not less, interested in buying it. The margin of safety gets bigger as GE’s stock gets cheaper. The biggest risk for GE today is its insurance business write-down and the weakness in its Power market. GE already cut out $800 million in costs and rationalized its manufacturing footprint. Overall, it cut $1.7 billion in costs for the year. But GE has lots of work ahead.

GE’s long-term debt/equity is 2.09 times. As rates increase, the cost of servicing the debt’s interest costs will go up. That is why you saw Tesla (TSLA) stock rally and Valeant Pharmaceuticals (VRX) trade above $21 when the companies raised debt. In both cases the offerings were over-subscribed. If GE sold bonds to replace the ones coming due, demand for them may be tepid. At this time, the company is in cost-cutting mode, so markets will not be sure its cash flow is even growing. Investors are even worried that GE will cut its dividend payment, after the company’s GE Capital cancelled its dividend.

GE plans to grow margins in 2018 through its strength in Aviation. If the market’s drop is signaling inflation ahead, and not a recession or a slowdown, then demand for aviation parts should continue strengthening.

After last week’s market dip, keeping calm and evaluating all holdings is a must. Sell speculative small-cap stocks and reevaluate other core holdings. That includes GE. But for many investors who bought GE when it was higher, realizing losses at this time does not make sense. Instead, waiting for a turnaround led by its new CEO, John Flannery, might make better sense. Flannery said the company plans to slim down, cut costs, and even cut its board from 18 to 12. A leaner, more focused management team is what GE needs, especially if market conditions weaken in the near-term.

Please “follow” me for continued coverage on value stocks on sale. Click on my name next to my avatar at the top of the article to view DIY tips streamed through the “People” tab.

Learn to protect your investment gains and minimize loses with a subscription to my DIY Value Investing Marketplace service.