Lawsuit accuses Google of bias against women in pay, promotions 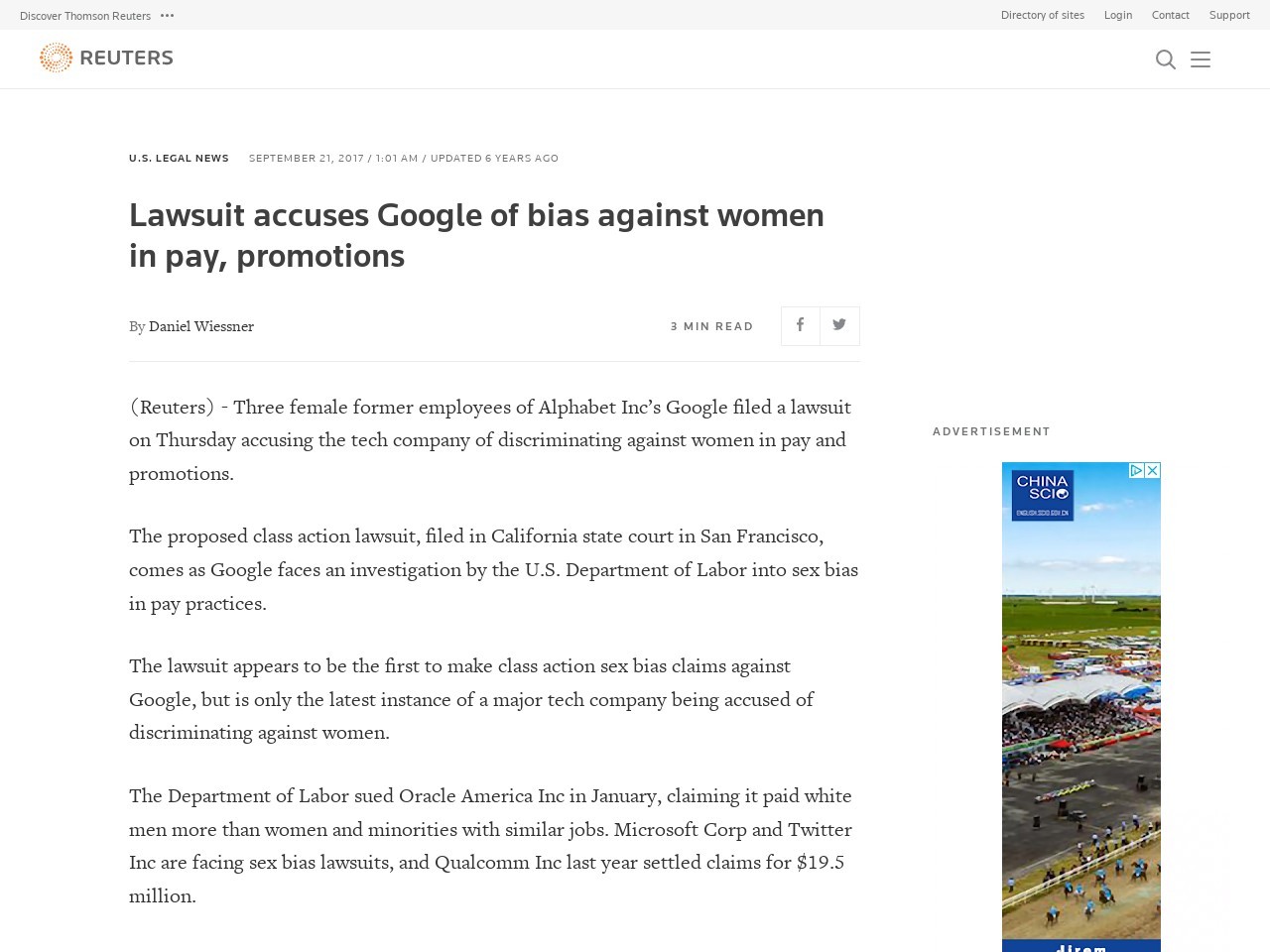 The proposed class action lawsuit, filed in California state court in San Francisco, comes as Google is facing an investigation by the U.S. Department of Labor into sex bias in pay practices.

The plaintiffs are a former Google software engineer, a former communications specialist and a former manager who worked in various roles at the Mountain View, California-based company. They say Google pays women in California less than men who perform similar work, and assigns female workers jobs that are less likely to lead to promotions.

“While Google has been an industry-leading tech innovator, its treatment of female employees has not entered the 21st century,” Kelly Dermody, a lawyer for the women, said in a statement.

Google spokeswoman Gina Scigliano denied the claims in a statement. She said employment decisions are made by hiring and promotion committees, and are vetted “to make sure there is no gender bias.”

“If we ever see individual discrepancies or problems, we work to fix them, because Google has always sought to be a great employer, for every one of our employees,” she said.

The plaintiffs say Google violated California laws requiring equal pay for similar work and prohibiting unfair and unlawful business practices. They are seeking to represent a class of women who worked at Google in California over the last four years.

The Labor Department investigation stems from a 2015 audit in which the department says it discovered sex-based wage gaps among Google workers.

The department last month appealed an administrative judge’s July decision that rejected its request for contact information for more than 20,000 Google employees.