Do We Really Need To Start Regulating Social Media? 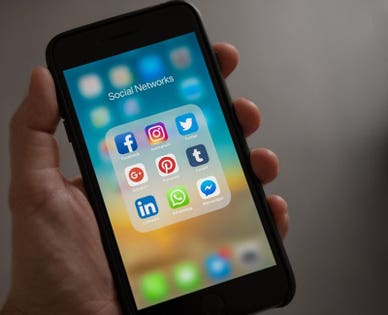 Should we regulate social media?Pexels.com

Cambridge Analytica, the post election congressional hearings surrounding Facebook and other social media platforms, terrorist groups using social media as a recruiting platform, and the emerging information on Russian troll farms have lawmakers considering imposing new regulation on social media. There’s also the alarming uptick in behavior that is morally reprehensible, and in some cases outright criminal, seemingly for nothing more than Facebook notoriety.

These changes aren’t just being suggested in the United States either. Recently, the Turkish government cracked down on more than 200 accounts that they say were affiliated with terrorist activities. In the United States, many legislators strongly suggested imposing some pretty powerful regulations during the Facebook hearings. In spite of the very bipartisan and very loud suggestions of such measures, it doesn’t appear as much of anything will happen any time soon.

This may be because support for social media regulation varies. It’s also not quite so cut and dry. Like anything else, when people begin suggesting that expression and communication be regulated, they often mean “other people’s” communications and expressions.

Some of the strongest proponents of social media argue that it is a matter of public interest to regulate social media. They say that regulating it may be as important as regulating tobacco or alcohol. One of the arguments they make is that social media empowers large corporations to control the flow of information. As long as they can afford to saturate social media feeds with posts that curate the information they want, anyone standing in opposition to that is essentially steamrolled because they don’t have the resources to counter that.

It isn’t only businesses that may benefit at the expense of the consumer. It can also be governments vs. citizens. Oppressive regimes such as the one in the Philippines or Russia appear to be using social media as a tool in their efforts to remain in power.

There’s even a health aspect to consider. With constant notifications and pressure to never miss the next viral post or bit of information, social media platforms are using the same techniques that casinos use to draw in gamblers. Considering that most platforms are open to people from the age of 13 on, that’s troubling.

Those against strong regulation often state that regulation won’t prevent any harm. Instead, they believe it will simply stifle the exchange of ideas. There’s also the argument that enforcement will only benefit those in power, whether that power is held by government or corporations. In the case of the United States Senate, the Federalist argued that the entity that would write those regulations is largely unqualified to do so. The Federalist isn’t alone in their criticism. Publications of all political and social stripes roundly criticized lawmakers for their arrogantly clueless attempts to shame and attack Mark Zuckerberg.

While there may be reasonable concern about abuse of social media, there’s also reasonable concern that too much regulation could prevent important conversations about topics such as gun control and emerging firearms technology. Depending on who is making and enforcing these regulations, that could have negative impacts on any side of any issue.

Those who oppose regulation also bring up the notion of competition. They fear that excessive regulation will serve to discourage innovation. After all, if existing social media platforms aren’t serving the public, isn’t the best solution for someone to disrupt that model? If entrepreneurs are faced with a bunch of regulations limiting their ability to grow and be profitable, something the current batch of social media founders didn’t face, why would they bother?

We also know what tight control of social media looks like elsewhere. It isn’t the most liberty-minded governments in the world that are acting to control social media. Authoritarian regimes such as China heavily limit what their citizens can see and do online.

Finally, there’s the matter of personal responsibility. How will regulation address the notion that people should be accountable for vetting out the sources of information they choose to believe. Can laws really stop people from being gullible? Should they? Who determines when a social media platform has merely provided a free speech platform or when they have intentionally enabled an entity to commit fraud?

Is there common ground between the two sides?

Of course, the loudest arguments for and against something often have one thing in common. They are often made by people with no desire to compromise or understand the other side. But there seems to be an opportunity for a compromise here.

It’s doubtful that most people who think that some social media regulation is a good thing believe that a nanny government should okay everything that’s posted lest people be exposed to something upsetting. It’s also equally doubtful that those concerned about the extent of regulations would prefer to see a social media oligarchy where the richest participants are allowed to spread dangerous misinformation for the sake of profit and their own power. Hopefully when the powers that be discuss regulation, common sense will prevail.